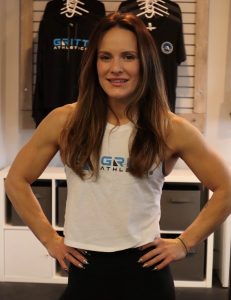 Twelve years ago, she tried CrossFit for the first time and hasn’t looked back. She has competed 4 times as a Regional Team Competitor along with many local competitions. In the 2016 CrossFit Open, Aimee finished in 22nd place in the Canada West Region.

In 2014, Aimee got her Level 1 CrossFit certification and has been coaching ever since. Helping people realize that they can achieve more than they ever thought possible is what drives her passion for coaching. 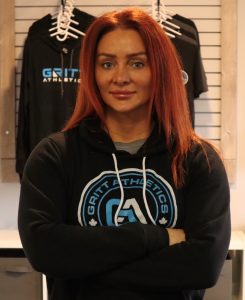 Karolina caught the fitness bug early in life when her grade 9 math teacher showed her how to lift weights. Since then she has been hooked. From 2005 to 2008 she competed in figure competitions until she found her true passion – CrossFit.

From 2009 to 2011, Karolina competed in a number of CrossFit and Olympic weightlifting competitions as an individual. She was among the top 50 CrossFit women in British Columbia. From 2012 to 2014, Karolina competed at the CrossFit Games as a team athlete. She brings experience and definitely knows what it takes to be at the top. 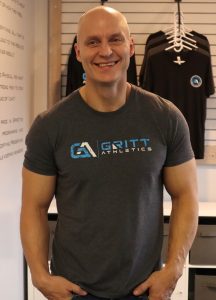 Jeff is a first responder and father of 3, yet finds the time to coach and train regularly here at Gritt.  Jeff played football, hockey and rugby at the high school and university level growing up, and found CrossFit to be a natural fit for his continued training 8 years ago.

Jeff has competed locally and internationally as a masters athlete for several years, and competed at Regionals in 2016 as a team member.   In  2018 he finished 18th in the world in his age group in the CrossFit Games qualifiers.  He joined us as a coach at Gritt last year and thoroughly enjoys helping our members push their boundaries and achieve things they may have thought they weren’t capable of. 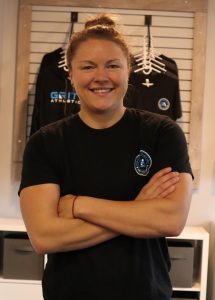 START WITH A FREE CLASS